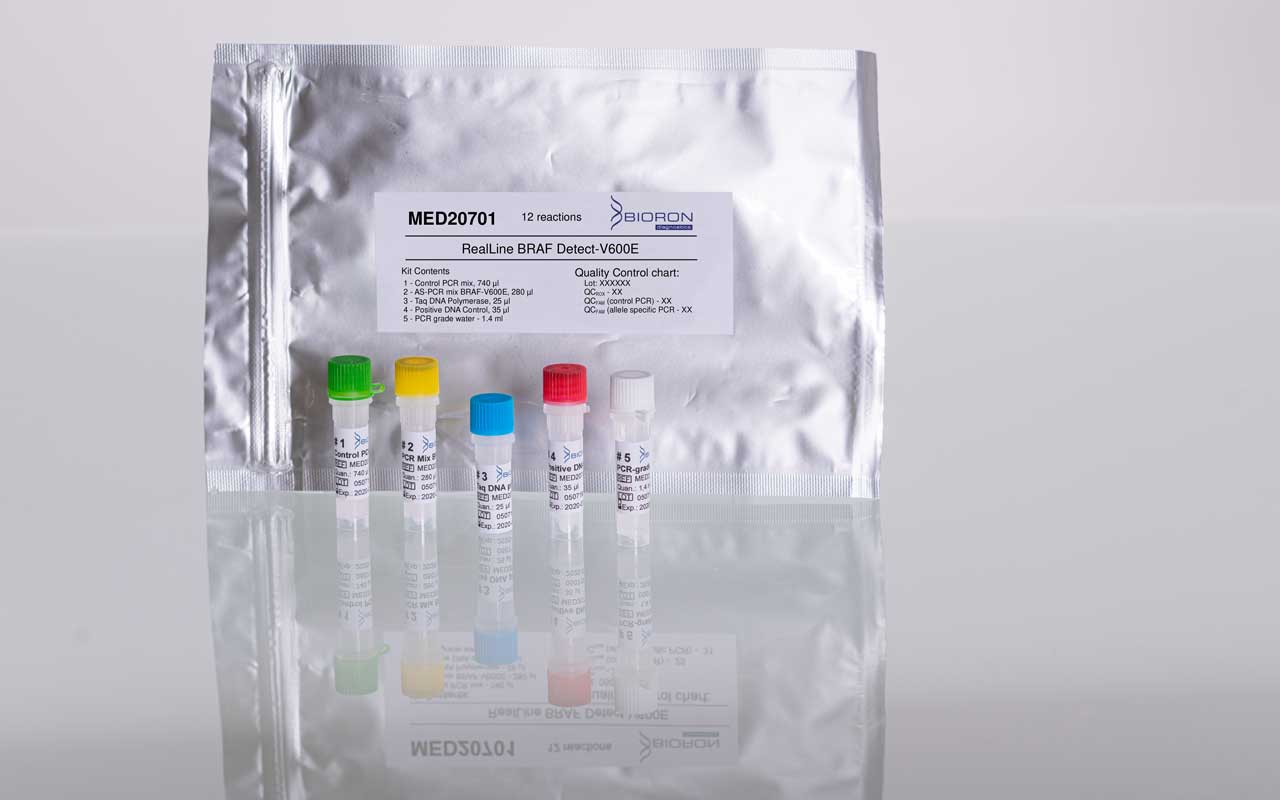 The RealLine BRAF Detect-V600E kit is designed to detect missense mutation GTG→GAG at Codon 600 of the BRAF gene which is associated with the sensitivity to the therapy with BRAF inhibitors. BRAF, a serine-threonine kinase, is a member of the RAF protein kinase family. Activating mutations in BRAF were described in some cases of cancer like melanoma, papillary thyroid cancer, testicular, ovarian and colon cancers. About ~80 % of these somatic mutations is a missense mutation T1799A within the kinase domain of the BRAF that leads to change of Valine (Val) to Glutamic acid (Glu) at position 600 (V600E). Selective inhibitors of BRAF – like Vemurafenib and Dabrafenib are used for the target therapy of melanoma which harbor BRAF-V600E mutation. Other compounds against tumors that carry the mutation BRAF-V600E are in clinical studies. 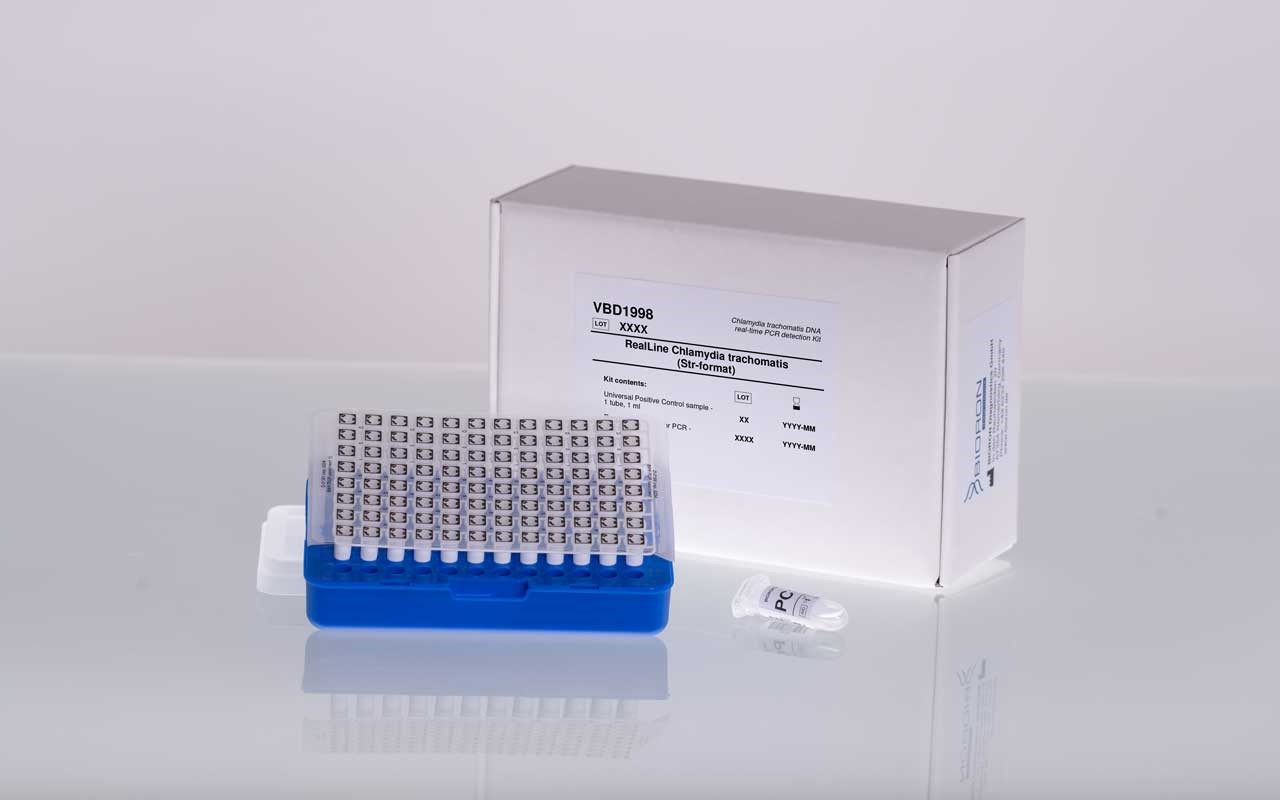 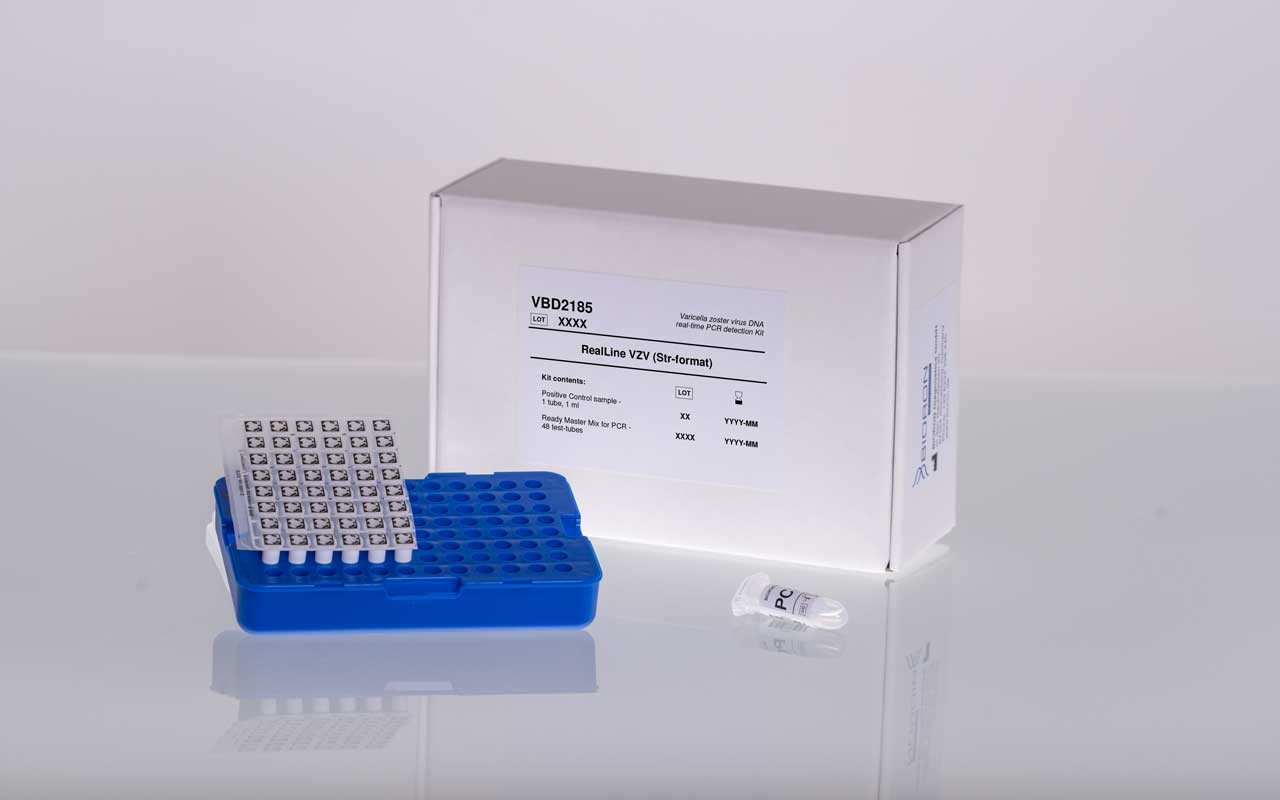 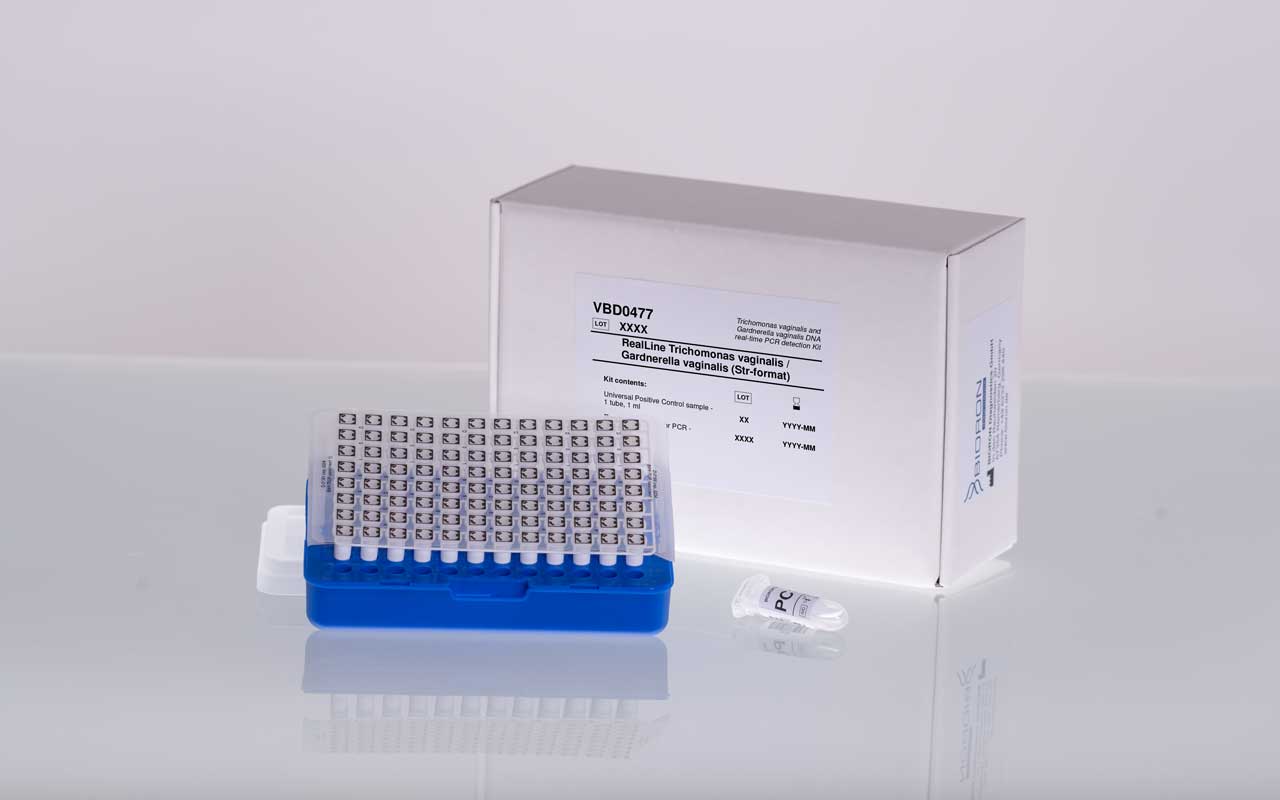 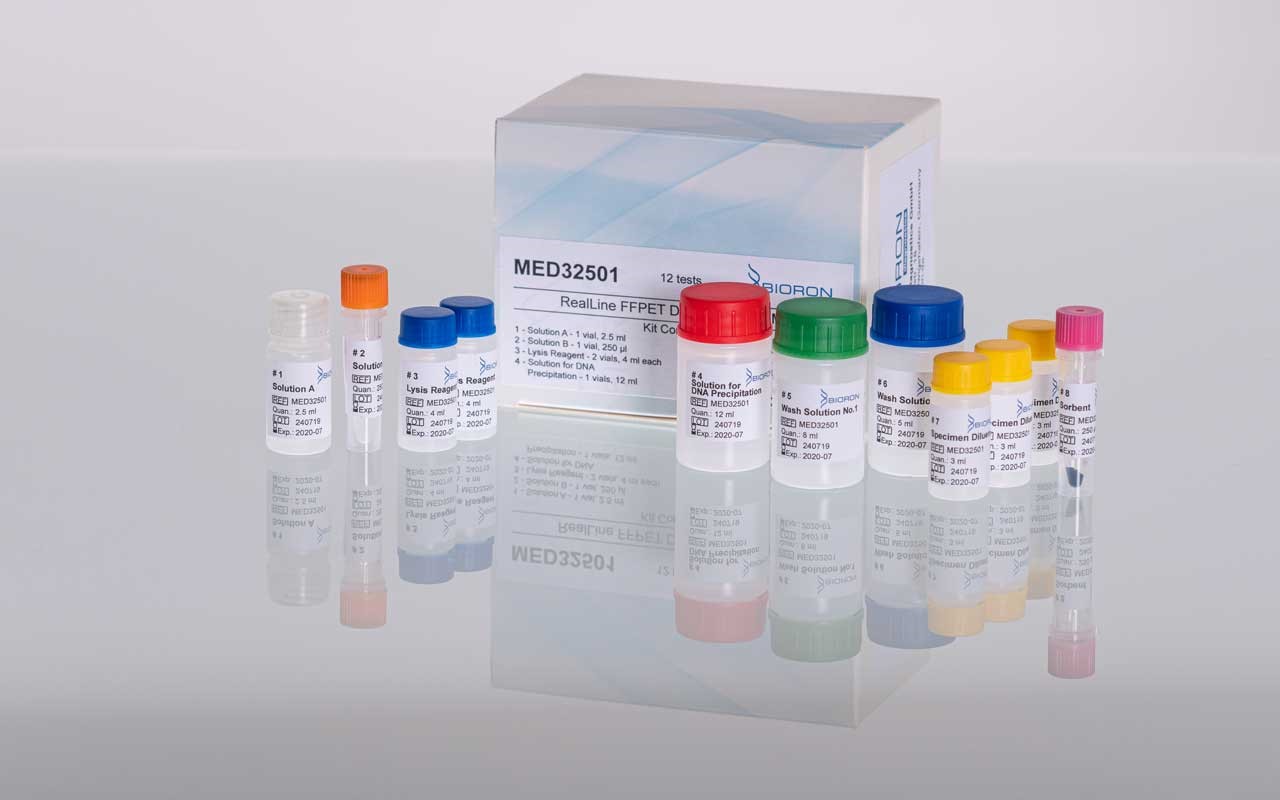